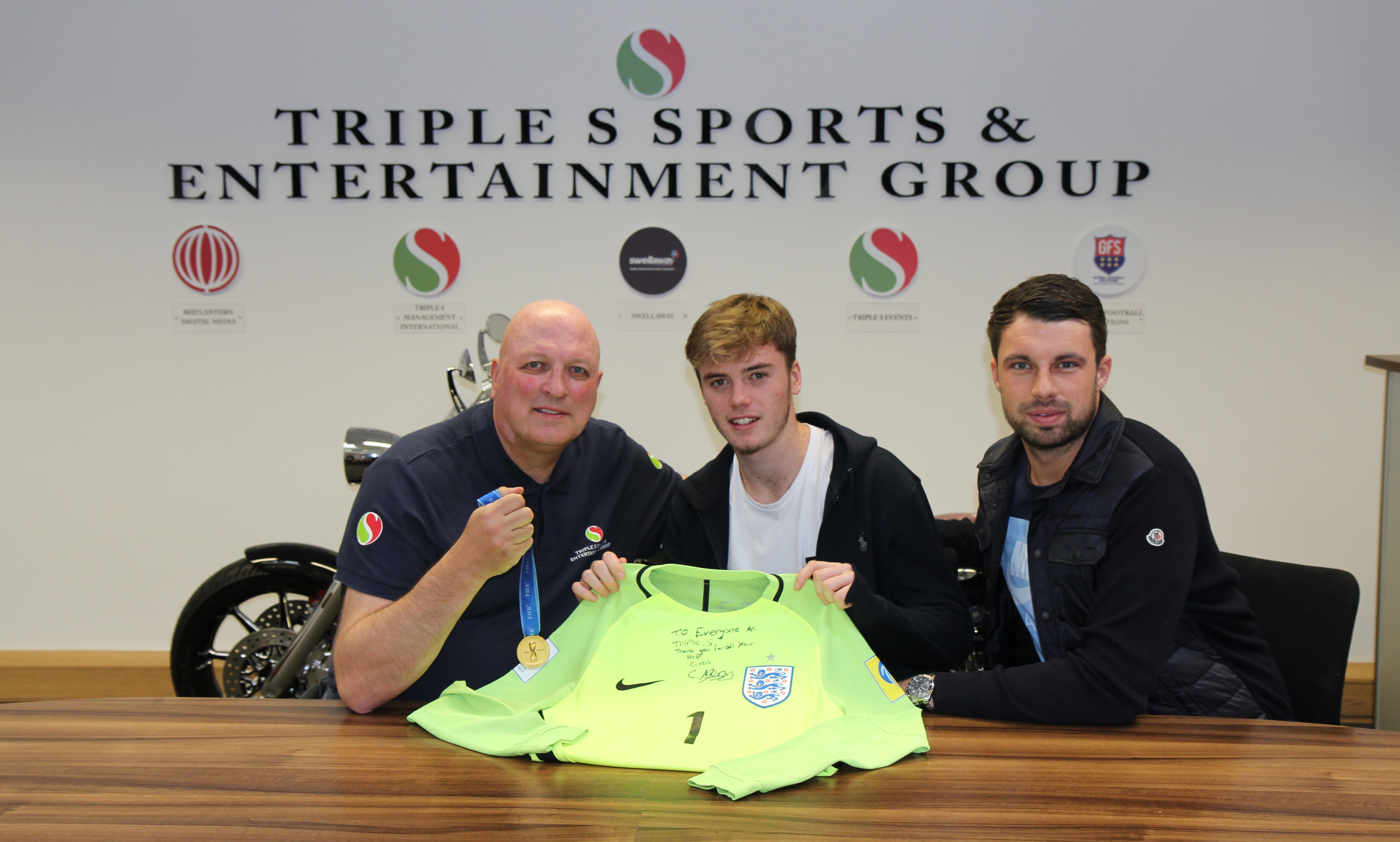 Everybody at Triple S was thrilled for our client, Curtis Anderson, last week when the final whistle went in the final of the FIFA U17 World Cup in Kolkata, it obviously meant he was a World Champion!

Not bad for the young lad from Barrow, who was part of the Blackpool FC academy set-up before joining Manchester City FC academy in 2013.

Curtis is now in the 1st year of his scholarship at the City Football Academy and has continued to impress both City and England goalkeeping staff with his confidence, his shot-stopping and just as importantly now in modern football his ability to use the ball from the back. Curtis took it one step further with both his confidence and ball striking when he stood up to take one of the penalties in the last 16 shoot out with Japan, not forgetting two penalty saves which helped his team through to a quarter final match against the USA.

Following the victory against the USA their manager John Hackworth said he was very impressed with Curtis and his bravery at attacking set plays against their tall players and in the semi-final v Brazil he made some excellent saves to help his England team-mates through to the final played in front of 68,000 fans.

As part of the team that went 2-0 down within 30 minutes, a lot of character and team spirit was found to bring the scores back to 2-2 on the 58thminute, it was then when Curtis had a “Gordon Banks” moment for me – a crucial one handed reflex save from a close range header which stopped the Spaniards taking the lead again. There was no stopping the team after that who ran out 5-2 winners and when the final whistle went the celebrations began.

Curtis certainly enjoyed the celebrations as much as the rest of his team-mates but took a moment out to dedicate his victory to his Grandad Alan’s memory who had passed away earlier in the year. He was however able to celebrate with his parents Terry and Andrea who had made the gruelling journey over from their home in Ulverston to be there to support him!!!