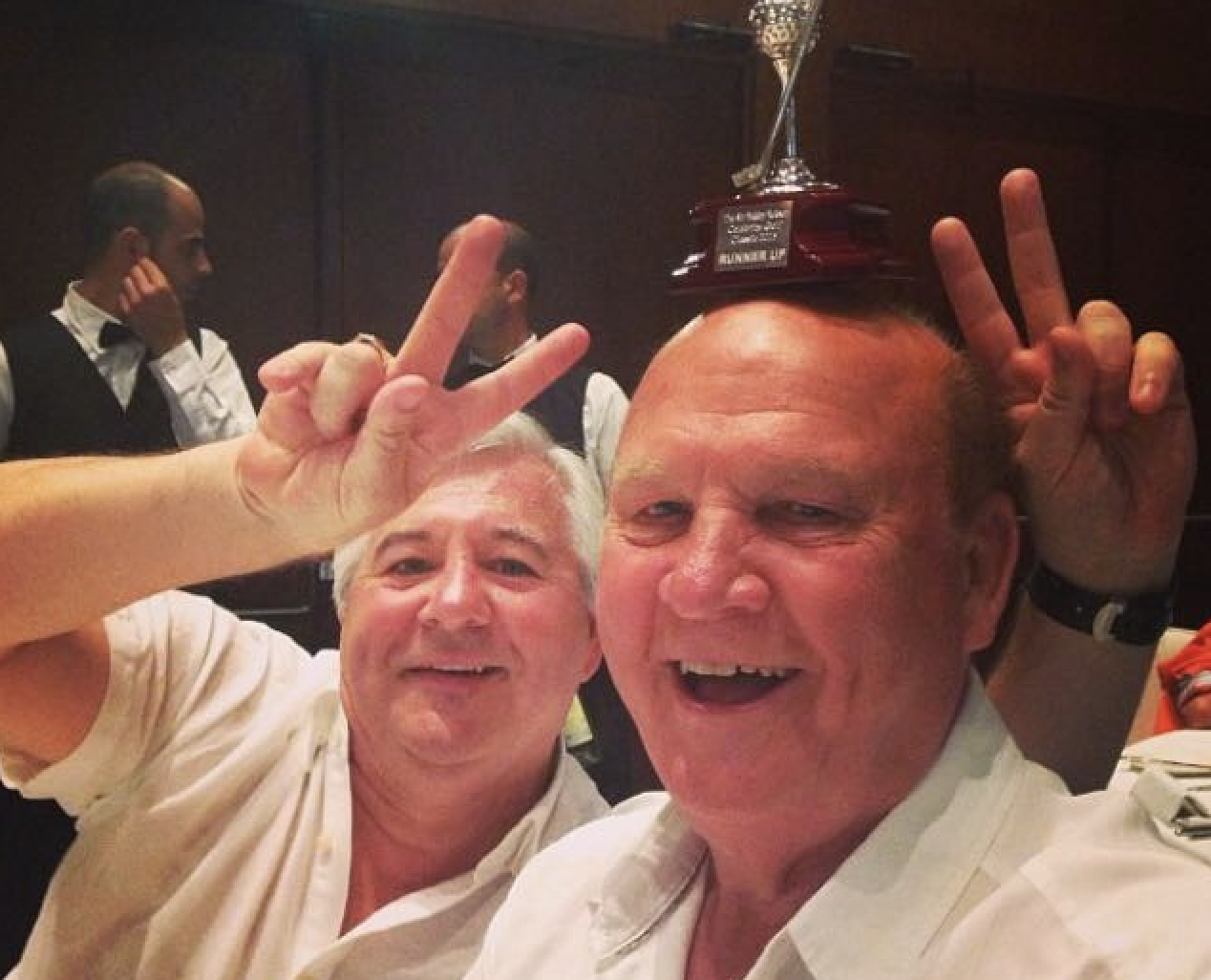 It is with deep sadness and shock that I find myself writing a note of remembrance about our much loved and respected Chairman Freddy Shepherd, who suddenly passed away at home on Monday evening.  Freddy is not only our Chairman but also a deeply-loved family friend.  He was my best man at my wedding to my beautiful wife Gemma and he is also Godfather to our eldest daughter Sophia.   Sophia recently sang for ‘Uncle Freddy’ and his guests at a dinner to celebrate the Freedom of Newcastle, which he and brother Bruce received for their incredible services to the community of his beloved city.

This celebratory dinner was the last time he made me stand up and sing “Two Little Boys”, which I have performed for his (and my) amusement all over the world including China, Barbados, Italy, Portugal and South Africa.  Freddy used to love it and was laughing his head off as soon as I started to act out the words in pantomime theatre style.  He laughed at this performance the most at the Hyatt Hotel in Shanghai when he dared me to get on stage and entertain the Chinese businessmen who had been listening to a piano and singer for the past half hour. I only lasted to the end of the first chorus when security came and grabbed me off the stage.  As they carried me away I was still singing and Freddy was literally wetting himself on the front row.  He loved the craic and banter but most of all enjoyed the company of good friends.

To me he was my second Dad, a brother, a best friend and mentor.  He is quite simply irreplaceable and I will never forget him.

Freddy had a positive effect on – literally – thousands of people, not least through running Shepherd Offshore which has created countless jobs in the north east. I was also lucky enough to benefit from his fantastic business acumen.

The year 2008 was a particularly difficult one for me personally which culminated in walking away from the company I had founded, helped build and eventually floated.  Throughout this period I constantly sought Freddy’s counsel, help and support, he never faltered, he was always there with just the right advice, an encouraging word or simply a shoulder to lean on.  When matters seemed at their darkest, Freddy called me and in typical forthright style said, “Enough is enough, it’s time we got you back in the race.  So we’re going to form a sports agency business with you and Kenneth running it.  Call the bank and tell them Bruce and I will put funds in place to guarantee the collateral needed.”

That was the moment Triple S Sports & Entertainment Group was born.  But more importantly it is a story that demonstrates the qualities of Freddy.  He was a people person who deeply loved his family and friends.  He was a fighter and a big supporter of the underdog – who he believed always deserved a chance.

There will never be another Freddy, not for me anyhow, nor his family and circle of close friends.  To all of this tight knit group his passing has made the world much sadder than it was the day before…the day he was still with us.

In many ways he would have given me a bollocking for going on like this on the company website because Freddy was a man that was full of life and stood up for himself.  He was determined to be a success in business and provide the best he possibly could for his family, which he absolutely did.  That all said, I know that privately he would have been as proud as punch that I, and many others, feel such love for him.

I know Freddy will be up there now looking down and saying, “Right Stretty, don’t cock everything up now, get your head down, drive on and do the best you absolutely can” and that’s my message to everyone connected with Triple S Sports & Entertainment Group.  If you want to pay your respects to the Chairman’s memory be the absolute best you can from this day forward because Freddy will definitely be watching closely – and willing you on.

On behalf of myself, my family and everyone in the Triple S Group our thoughts and prayers are with Freddy’s family at this difficult time.  In particular, Freddy’s wife Lorelle, his three sons Charles, Kenneth and Warwick, his brother Bruce and all of his extended family, colleagues and friends.