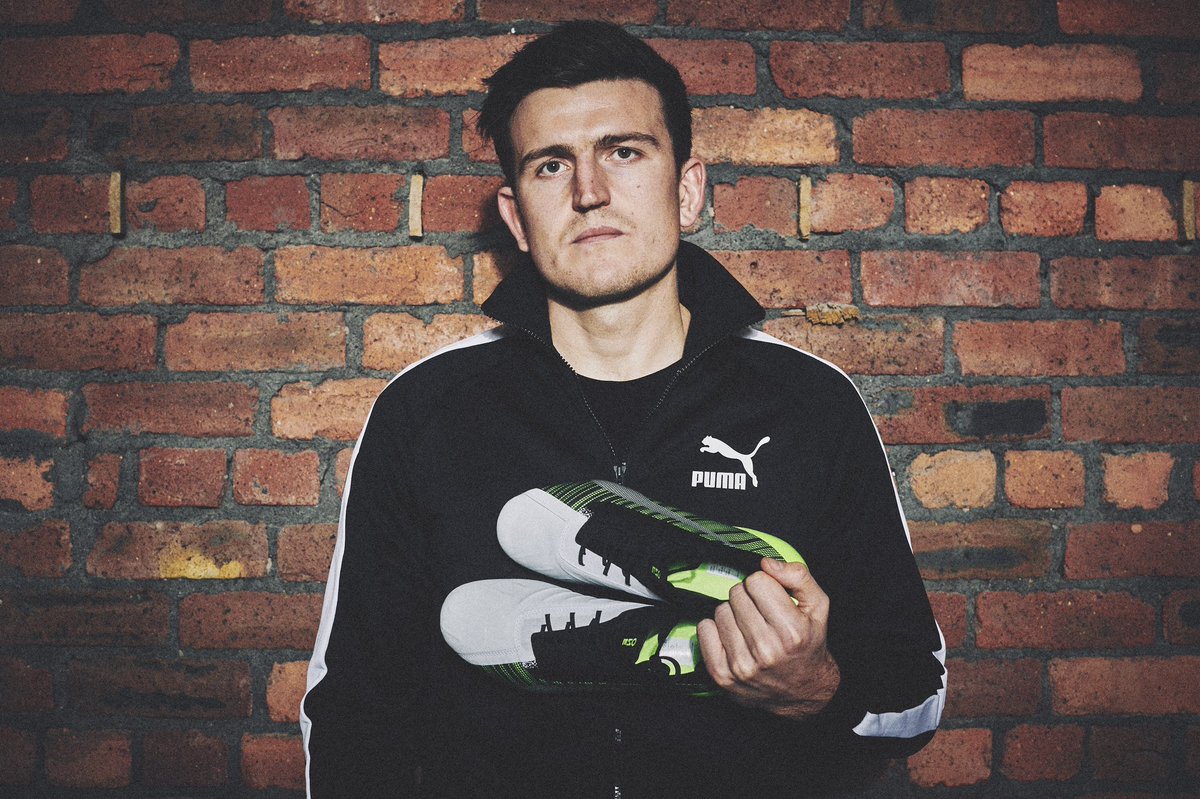 26-year-old Harry Maguire has won 24 caps and scored once for the Three Lions reaching the semi-finals of the FIFA 2018 World Cup.  In August 2019, Maguire became the world’s most expensive defender completing a transfer from Leicester City to Manchester United for a reported £80million.

Harry Maguire commented: “To sign with such a prestigious footballing brand like PUMA is a huge honour.  For both club and country, I’m motivated to perform at the highest level so it’s vital I work with a partner that matches my ambition with boots that combine innovation and comfort.  It will be a proud moment when I lace them up for the first time on international duty.”

The 6ft 4in centre-back has made 114 appearances for Hull City, Leicester City and Manchester United, scoring seven-times. Maguire has created more chances in the Premier League than any other centre-back according to OPTA stats.

To celebrate joining PUMA, Manchester based artist, AKSE, renowned for his photo-realistic portraits, painted a mural of Maguire in Manchester’s Northern Quarter. The piece of art is titled “This Is The One” which is a subtle hint to the red half of Manchester while also bringing to life the boot Harry will be wearing on Thursday the ‘Puma One’.