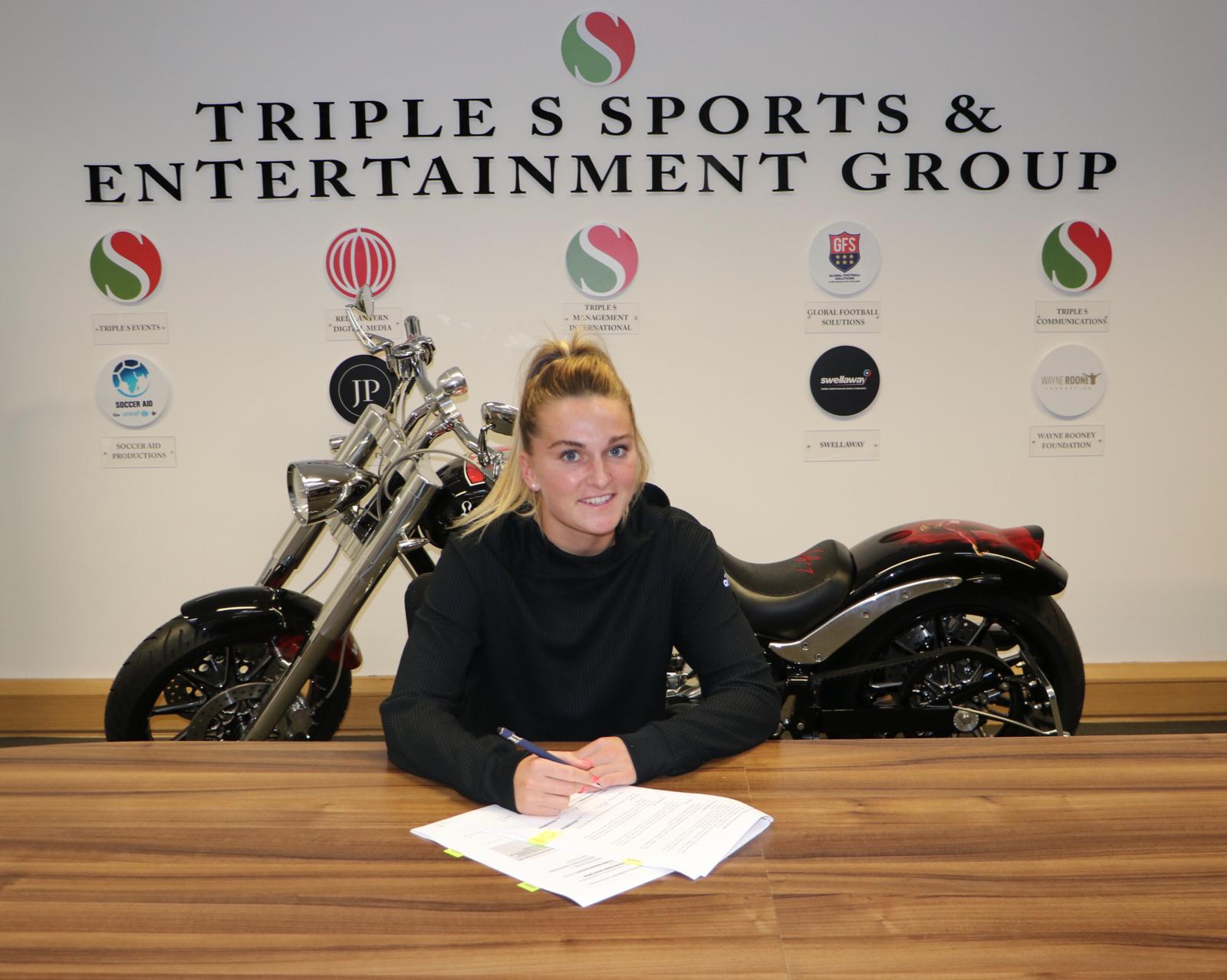 Triple S Sports & Entertainment Group are delighted to announce that England Women’s international, Melissa Lawley has signed with the company.

The twenty-five-year-old attacking midfielder, who joined Liverpool this summer, started her senior career at Bristol in 2012, before joining Birmingham City where she spent four seasons. A move to Manchester City followed in December 2016 where Melissa won two FA Cups, a Continental Cup and reached the UEFA Champions League semi-finals.

Melissa holds 12 full international caps, the most recent of which coming in the Lionesses 1-0 win at Portugal last week, and has also represented her country at Under-17, 19, 20 & 23 levels.

Paul Stretford, Managing Director of Triple S Sports & Entertainment Group said “I am delighted to welcome Melissa to Triple S. It is some time now since the group signed its first female player in Toni Duggan who also previously played for Manchester City and has since gone on to sign for Barcelona and this summer, Atletico Madrid.

Melissa is a player that we have been tracking for quite a while. Since joining Liverpool in the summer her performances have got better and better, resulting in a deserved recall to the England squad.

Our continued interest and participation in the management of top female players is enhanced by the recruitment of Melissa, who is an exciting player with a bright future ahead and I look forward to our management team working with her to help achieve her professional ambitions.”