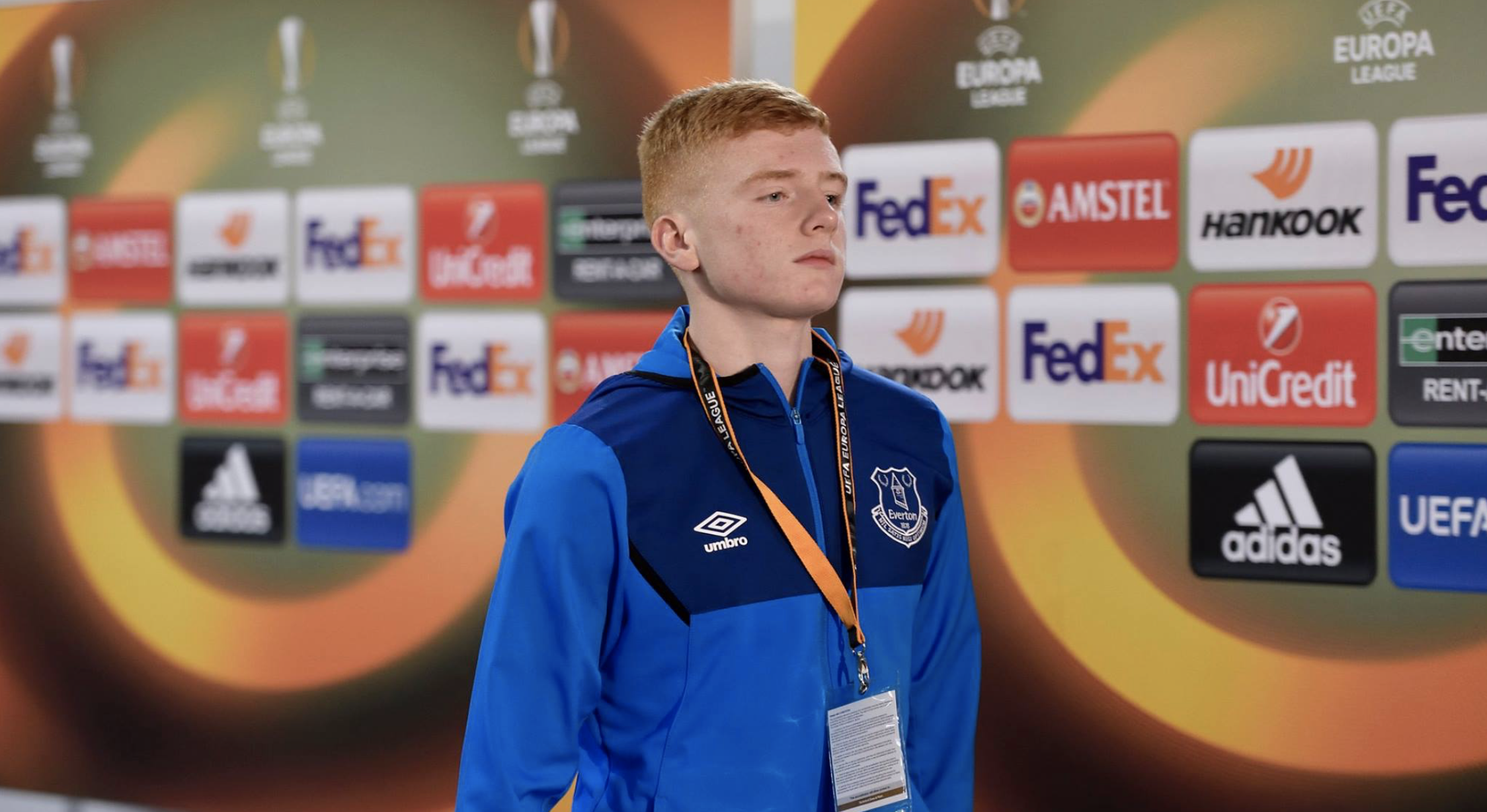 Congratulations to Morgan Feeney who has signed a new contract with Everton until the end of June 2020.

The 18-year-old defender has completed a memorable month by penning a new two-and-a-half-year deal with the Blues, the team he has supported all his life and first joined at the age of seven.

Having progressed through the Club’s Academy – going on to become Under-23s captain this season – the Bootle-born centre-back made his first-team debut on 23 November when coming on as a substitute in the UEFA Europa League match against Atalanta at Goodison, before earning his first start in the 3-0 win over Apollon Limassol two weeks later.

Morgan, who remains a Season Ticket Holder in the Howard Kendall Gwladys Street End, said there “was no better place” to develop his game than with Everton, as he vowed to keep impressing for David Unsworth’s Under-23s in a bid to become a future first-team regular.

“It is a proud moment for me,” said the teenager. “I’ve grown up as an Evertonian and still am an Evertonian so it’s amazing to be a part of it and what the Club wants to do going forward. It’s an exciting time to be a player and a fan.

“It’s been a crazy couple of months and weeks for me, but it has all fallen nicely into place and I am on cloud nine at the minute and everything is working out well.

“I am learning a lot every day working with Unsy or with the first team. I am picking up things and trying to take it into my own game so I feel as if I am playing better than when I signed my original contract.

“I would love to play in the first team as regularly as possible, push on and get a few more games under my belt and stay here for many years.”

Steven Beck, Head of Agency Services at Triple S and Morgan’s intermediary, commented: “We are all delighted for Morgan and his family. The new contract is testament to Morgan’s hard work, commitment and performances on the pitch. He’s a massive blue so I know this means the world to him. If he continues to work hard he will have a big future ahead of him.”